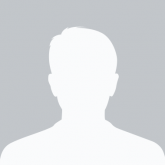 Born in Germany near Cologne, Andreas traveled the world as a young chef. Working in London and Sweden at Operakaelarren under Werner Voegli, the Royal Swedish Chef and well-known TV celebrity chef. Andreas then moved from the kitchens of Europe to the kitchens of the sea, working for Cunard NAC on their luxury cruise liners.

Nearly 30 years ago Andreas arrived in Melbourne and was employed at the famous Rockman’s Regency Hotel. Moving from Melbourne to Coffs Harbour, NSW, as chef and owner of a seaside international restaurant, then employed at a number of resort locations including, Yulara in the Northern Territory, Executive Chef at Day Dream Island, Whitsundays, roles at the Christmas Island Resort and Mt Buller Resort.

In 1999 he returned to Melbourne with a role at the new Crown Casino & Entertainment Complex. During his eight years working in various roles within Crown, Andreas undertook the position as Executive Sous Chef for Prestige Restaurants and moved to the Banquet Department to run the largest function venue in the Southern Hemisphere with Werner Kimmeringer. Andreas was awarded with the prestige Crystal Club award for Employee of the Year.

In 2007, Andreas joined the Club Resorts Department within the exclusive RACV Club where he continued as Food and Beverage Manager and Executive Chef.

In July 2017, Andreas started his new position as Executive Chef at Arts Centre Melbourne, which includes responsibility for all food and beverage venues and operations including events within the Theatres Building, Hamer Hall and Sydney Myer Music Bowl. Working at Arts Centre Melbourne has brought together Andreas’ passion for excellent food, people and the performing arts.